A handful of our American Alpines have wattles, those two rather attractive furred protuberances on her neck. You are familiar with turkey and chicken wattles, those flaps of skin dangling from their lower jaws. Several bird species have wattles, and male wattles are clearly larger than female wattles. Not so in goats. Wattles are more common in dairy goat breeds than other goat breeds and seem to be heritable as a dominant trait, so that a mother with wattles is likely to have kids with wattles. They are usually on the neck, but can show up elsewhere, such as up by a goat’s ears, and are the same size in males and females. 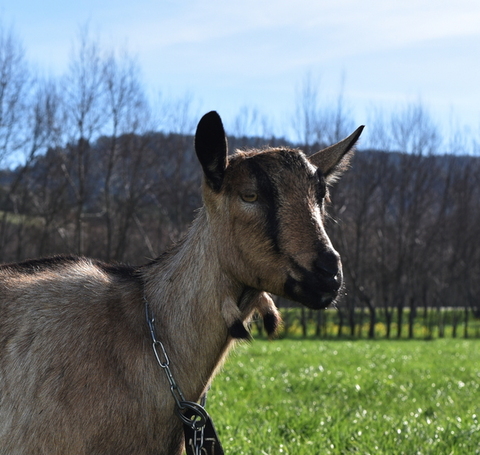 What are they for? Delightfully, there’s no good answer. They may have an association with tonsils, the lymphoid tissue that is a first line of defense against infection. Goats have six different types of tonsils. However, goat wattles don’t seem to contain specialized cells. Show breeders may remove them without harming a kid. Goat science has explored a connection between having wattles and higher milk production, but we don’t see this effect on the farm.