Why do we bottle-feed the kids?

Why not let mothers suckle their babies? Like the majority of farmstead goat dairies in the United States, we remove kids from their mothers and bottle-feed newborns with pasteurized colostrum milk. We milk the mothers, pasteurize that milk, and teach the kids to feed themselves from buckets with teats. It’s tedious work, which we could avoid by leaving the kids with their mothers, at least for a few weeks. 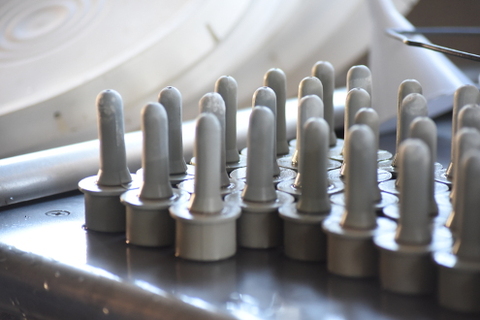 We are a farmstead dairy, in the business of making cheeses. We use the milk from the mothers to make this cheese. If we left kids with mothers, moms with more than one kid would have almost no milk after two to three weeks.

If we left kids with mothers for a few days, or separated them at night in order to have some milk for cheese in the morning, moms and kids would bond. Their separation anxiety when we parted them would be heartrending. 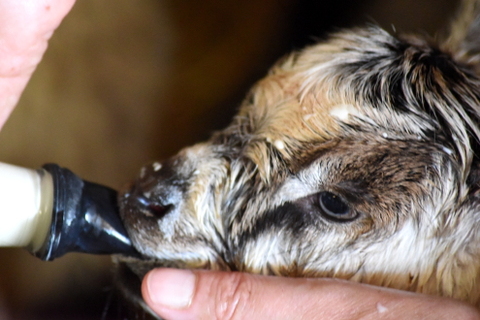 There is another reason why we separate mothers and babies at birth. In 1974, at the University of Washington, researchers identified a goat retrovirus that is widespread in domestic and commercial goats, especially in dairy breeds. Two-thirds of goat farms in the United States have tested positive for this virus. Like the retrovirus HIV, it can cause debilitating disease and there is no cure.

Caprine arthritis encephalitis (CAE) virus does not affect humans. In goats, it is transmitted through colostrum, milk or blood. Infected mothers are highly likely to transmit the virus to their kids through milk. 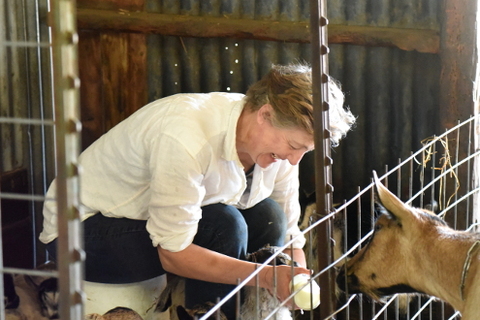 About 20% of goats with the virus will show symptoms of infection. There are two sets of symptoms, encephalitis in kids and arthritis in adults. Kids may show a gradual incoordination, leading to an ultimate paralysis. Adults may progress from stiff joints to walking only on their swollen knees. Weight loss, chronic pneumonia, and mastitis are other serious symptoms of CAE.

There is one straightforward way of avoiding infection. Bottle-feeding kids. We take kids from their mothers and feed them pasteurized milk, milk heated to a temperature that will kill the CAE virus. We test our herd for CAE annually. Our goats are as healthy as they can possibly be.